You can purchase this product from SunJack.com

SunJack is a company that is rapidly gaining the attention of the press and media because they produce high quality, powerful products that are outperforming the competition. The SunJack 14W Solar Panel +8000mAh Battery kit not only outperformed other products, but it cost 42% less than the more widely known and commonly available products from Goal Zero.

The system also includes a high-capacity 8,000 mAh battery that delivers multiple charges to electronic devices and recharges quickly when connected to the panel. Each 8,000mAh battery pack can recharge up to 4 modern smartphones or 1 tablet, and is compatible with any USB device including cameras, speakers, bluetooth devices, and more.

The battery includes a small built in LED flashlight, which is adequate as a task light for sorting out charging cables in the dark, but not powerful enough to use as a trail light. I prefer the SunJack 8,000mAh battery to other devices due to its size. Measuring 2.8″ x 4.9″, and just 0.5″ thick the battery easily fits into a pocket.

The solar panel itself is comprised of four moderately rigid panels that fold up when not in use. When folded and closed with a velcro closure, the SunJack measures 6.75″ x 9.25″ x 1.75″. Unfolded, the panel is just under 31″ in length.

The SunJack 14 Watt Solar Panel with battery weighs just under two pounds on our scale: the solar panel with carabiner and charging cable weighs 1lb 9.36 oz, the battery 5.99oz.

For both convenience and charging performance, my preference is to use the solar panel to charge the 8,000 mAh battery, and then charge my devices from the battery. On day long outings I will simply take the battery with me, and leave the solar panel behind since I can recharge my phone several times from the battery. This is also convenient when travelling since charging on an airplane, or at an airport is not always an option. 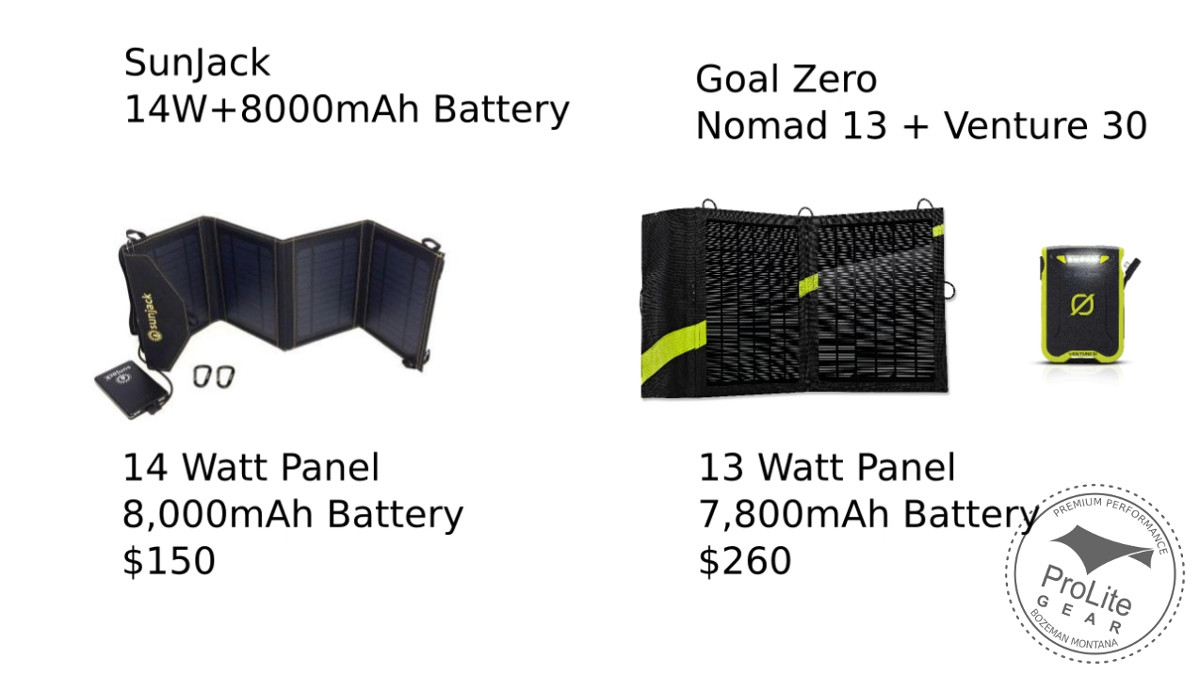 The SunJack system is a bargain, costing 42% less than the comparable system from Goal Zero. 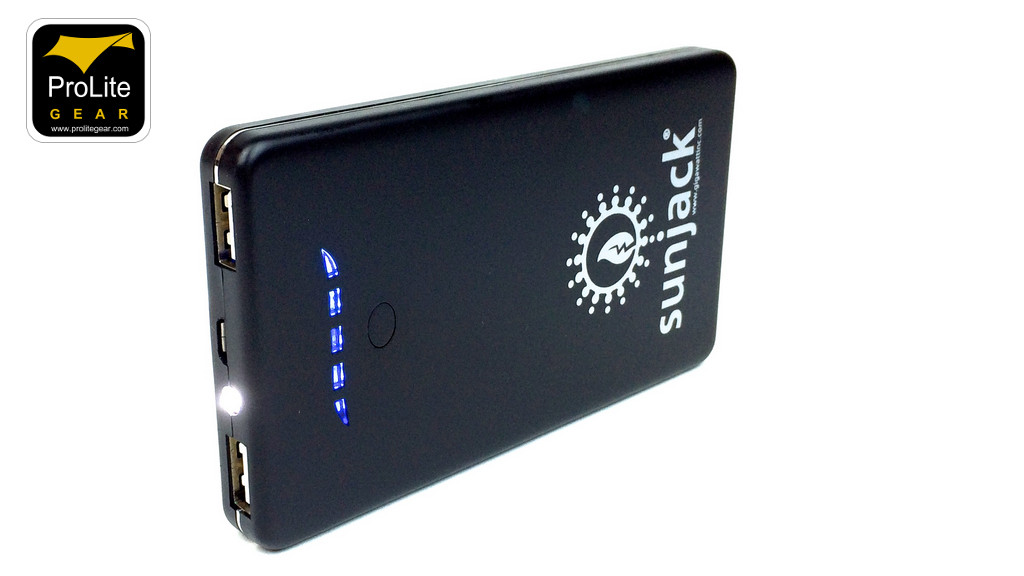 Each battery pack can power up to 4 smartphones or 1 tablet, and is compatible with any USB device including cameras, speakers, bluetooth devices, and more. Measuring 2.8″ x 4.9″, and just 0.5″ thick the battery easily fits into a pocket. 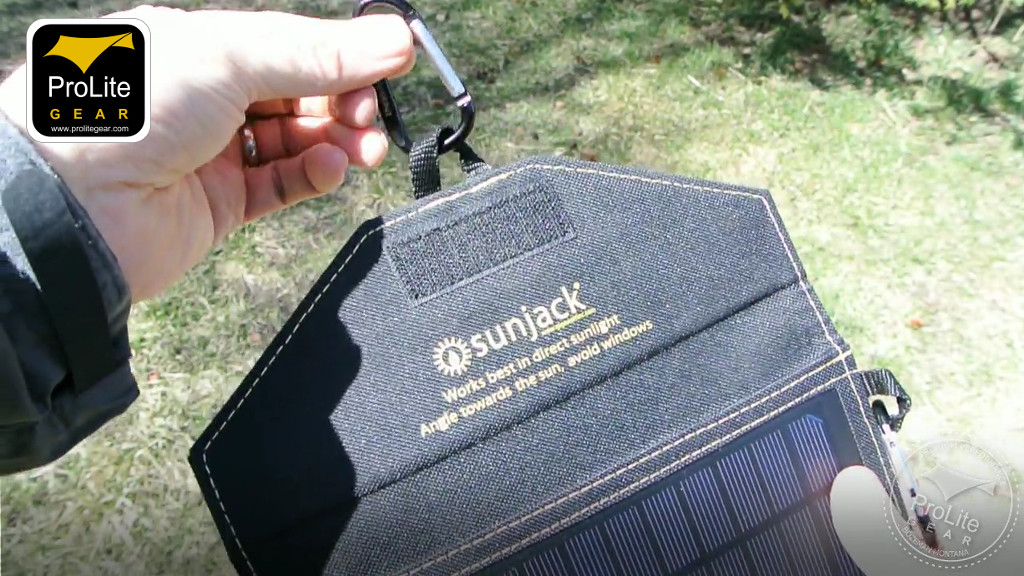 The portable solar panel includes two carabiners, and has five web loops for lashing the panel to backpacks or hanging from trees. 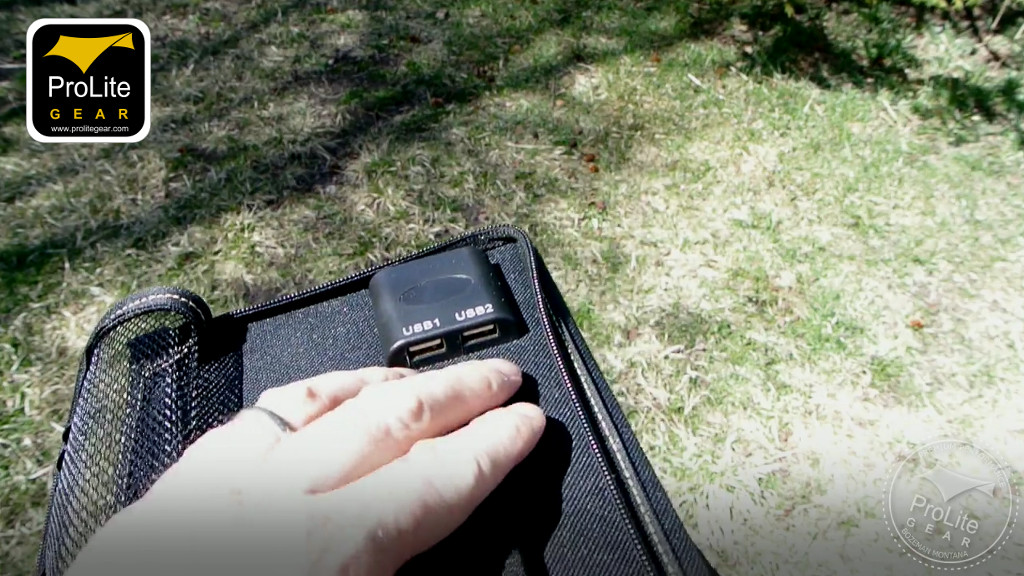 The panel has two USB Type A USB ports for charging devices, or the included battery. 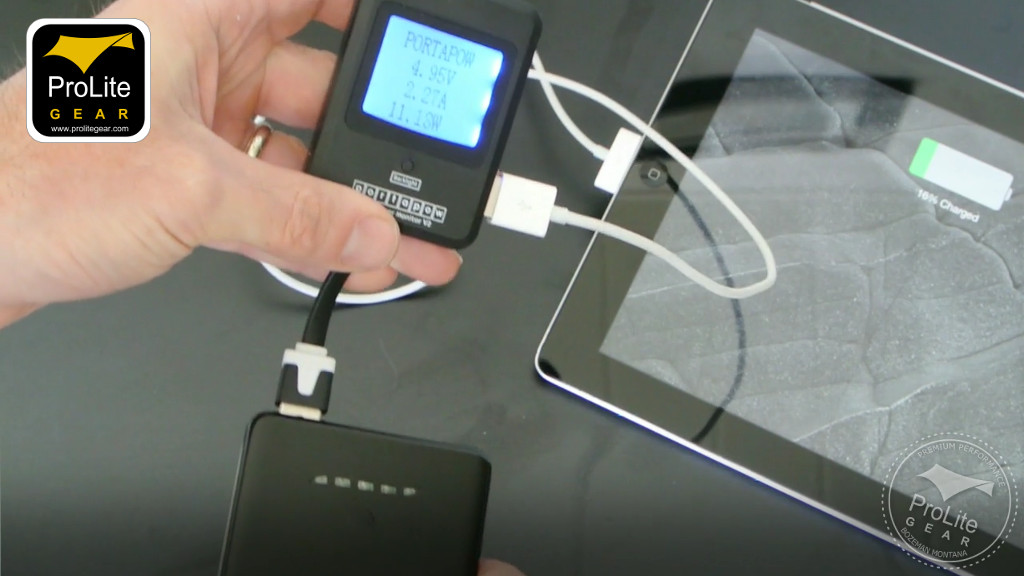 The SunJack 8,000mAh Battery has two USB Type A output ports, with Port 1 being a 1 Amp port, and Port 2 being a 2 Amp port. This is important when charging devices like an iPad 2 which can take advantage of the increased current provided by the 2 Amp USB port to improve recharge times.