Skip to Main Content
Back to Air Bag Packs & Accessories 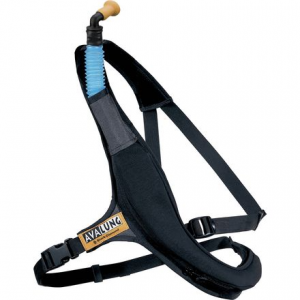 The Black Diamond AvaLung II is one of the most important developments in avalanche safety since the avalanche beacon. It should be a part of every backcountry traveler’s tools. Use it in conjunction with a shovel, probe, transceiver, and experienced and capable companions to increase your…

The Black Diamond AvaLung II is one of the most important developments in avalanche safety since the avalanche beacon. It should be a part of every backcountry traveler’s tools. Use it in conjunction with a shovel, probe, transceiver, and experienced and capable companions to increase your chances of survival should you be caught in an avalanche. The Black Diamond AvaLung is designed for backcountry powder skiing & snowboarding, alpinism, and snowmobiling. The AvaLung is a simple filtration device which draws air directly from the snow pack. Even dense avalanche debris consists of approximately 50% air. The AvaLung membrane increases the surface area from which you breathe, making it possible to pull this air from the snow. You breathe in and out through the tube. The patented system within the AvaLung separates the O2 from the exhaled CO2, which is directed away from the air intake and out the back of the vest to diffuse through the snow pack. At the on snow demo last season, we watched them bury a guy in the snow for over an hour. When they dug him up, he was a little cold but otherwise fine (they even tested the CO2 levels in his blood). While we think that the AvaLung is a great innovation, we recognize that it does have its shortcomings. While tumbling in a slide, you might well lose your bite on the mouthpiece–or you may not even have had a chance to bite it. However, we feel that this device can increase your chances of survival. It’s another great tool in your quiver. Get the Avalung II size that corresponds with your T-shirt size. They are highly adjustable. 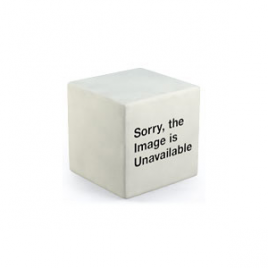 The Black Diamond Clipwire Ski Leash is way, way, way cheaper than a new ski if you should blow out of your bindings. For that matter, remembering to put it on is way easier than skiing on one foot trying to catch up to the other ski. It’s easy to get on and off, durable to the point of absurdity… 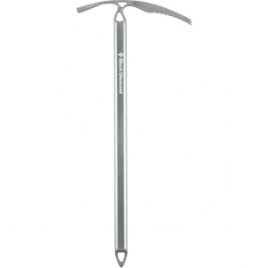 The Black Diamond Raven Ice Axe is designed to give you the greatest comfort and ease of use possible. The ergonomic, stainless steel head has a flat top and hourglass shape at its connection to the shaft. This creates a shape that’s comfortable to hang onto and allows fast transition to… 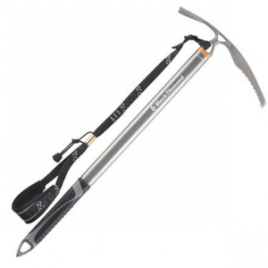 Improving on one of the more popular ice axes of all time, Black Diamond gave the Raven a rubber bottom grip to increase comfort and security on steep terrain. Not only does the rubber provide better grip when you’re swinging the Raven on 60-degree neve, it also insulates your hands from the… 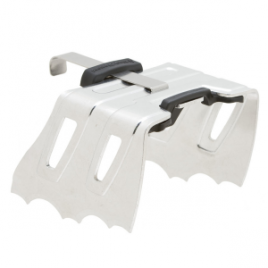 Black Diamond’s Tele Crampons bite into hard, slick, steep slopes where skins alone just don’t cut it. Mount these crampons onto your Black Diamond 01 or 02 Telemark Bindings for dawn patrols on melt/freeze surfaces, glacier travel, or ski mountaineering. Pick up the medium for skis up to 82mm…