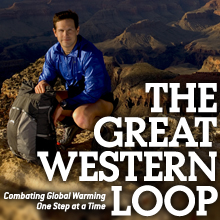 In a previous article we told you about Andrew Skurka’s 7,778-mile Sea-to-Sea Route (C2C). Andew’s latest hike is the Great Western Loop, and an effort to raise awareness about the effects of global warming on America’s National Parks and wilderness areas.

On April 9th Andrew Skurka began his attempt to become the first person to complete the Great Western Loop, a 6,875-mile footpath that consists of a network of five existing long-distance hiking trails and a self-made segment through the Sonoran and Mojave Deserts. He will begin from Grandview Point on the South Rim of the Grand Canyon, and so long as things go well he will return there seven months later, in early-November, after having passed through many of the most cherished and pristine wild lands in the Lower 48, including 12 National Parks and over 75 wilderness areas. The Great Western Loop highlights the cumulative magnificence of America’s West, its long-distance trail system, and its National Parks, while also highlighting the environmental and ecological threats that they all share.

On November 3, 2007, Andrew Skurka became the first person to complete the Great Western Loop. Skurka, 26, completed his expedition by walking an average of 33 miles per day for 208 straight days, covering a distance equivalent to 262 marathons or twice the distance between Boston and San Francisco. 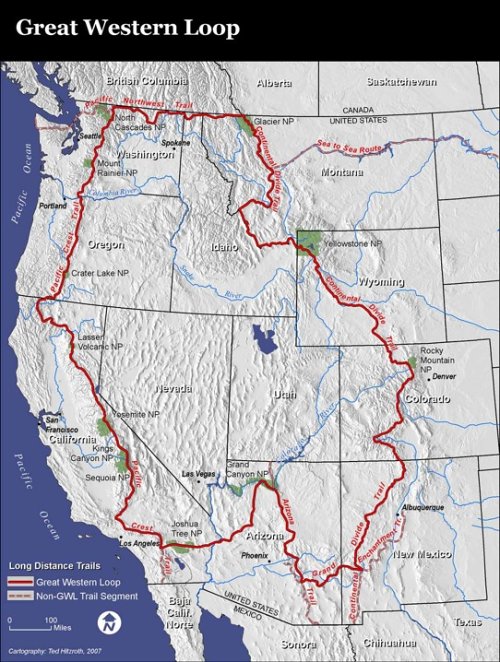